Republican Rep. Ray Rodriguez is heading to Tampa next week to raise money for his state Senate bid.

The host committee includes lobbyist Alan Suskey, state Sen. Jeff Brandes, and state Reps. Jamie Grant, Jackie Toledo and Chris Sprowls, who is set to take over as House Speaker after the 2020 elections.

Lobbyist Ron Pierce and former House Speaker Will Weatherford are also listed on the invitation.

Rodriguez already has more than $1 million banked for his Senate bid. As of July 31, he had raised $189,820 in hard money and had another $1 million stashed away in his political committee,  Free Markets for Florida.

Rodrigues is currently the only candidate who has filed paperwork to run in SD 27, and it’s not clear whether he’ll face a credible challenge — some of the most obvious choices have backed Rodrigues or bowed out.

The fundraiser invitation is below. 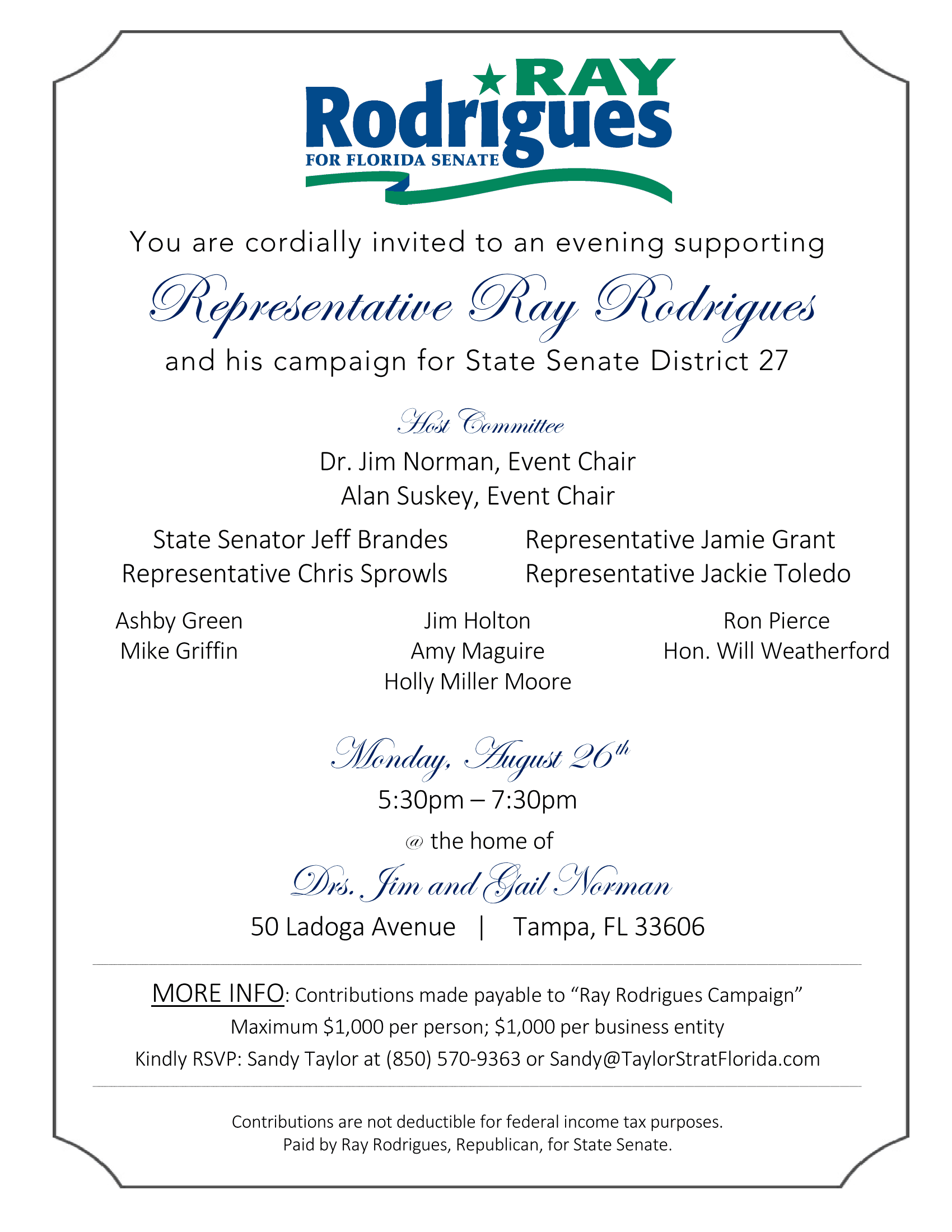