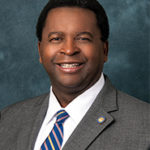 During a visit to The Villages last month, Gov. Ron DeSantis signed SB 1528 into law, legislation that establishes a prescription drug importation program that would allow the state of Florida to import less expensive prescription drugs from Canada.

Prescription drugs cost less in Canada, and the idea has the support of President Donald Trump, who praised DeSantis for signing the bill into law.

As your state Senator, I wish I could believe the new law will actually lead to lower drug prices. I used to believe in the Tooth Fairy, too.

Reality ruined that one for me, and I’m afraid it’s the same with Florida’s new prescription importation drug law, which is why I opposed it.

Florida won’t see affordable prescription drugs coming across the Canadian border anytime soon, if at all.

There are too many hurdles and vested interests working against allowing states to negotiate with wholesalers in Canada for American-made drugs. The pharmaceutical industry opposes it. So does our federal government because of concerns over importing dangerous, substandard drugs.

All that raises the question: what did the governor and his Republican colleagues in the Florida Legislature get out of all this? Serious policy, or was it just for show?

My Republican friends don’t have a good history of providing meaningful health care. They continue to oppose expanding Medicaid or fix what’s left of the Affordable Care Act.

The Affordable Care Act is a proven reform, which could do so much more if our friends on the other side of the aisle would actually fix the health care law instead of trying to destroy it.

Florida is one of 20 states challenging the constitutionality of the Affordable Care Act in hopes that the courts will overturn it. Their lawsuit has a very real chance of winning if it reaches the conservative U.S. Supreme Court, but don’t look for a quick replacement. After years of opposing “Obamacare,” the Republicans have yet to offer a realistic plan to replace it.

The Florida Legislature should have accepted federal aid for Medicaid a long time ago.

By not expanding Medicaid, our state has 384,000 Floridians with no access to health insurance and is leaving $65.2 billion, according to healthinsurance.org, over the next decade in federal funding that won’t be coming to Florida.

We had a chance but blew it. Even when Republicans in the Florida Senate supported the measure, they couldn’t overcome the rank partisan opposition coming out of the Florida House and the Governor’s Mansion.

Given the Republican track record, it’s a little hard to take this latest health care “reform” seriously. Canadians get better deals on pharmaceutical drugs because their government successfully negotiates with Big Pharma for lower prices. We could do that here in the U.S. if Medicare had the power to negotiate for fairer prices, but Republicans oppose that, too.

So, what should we make of this new law coming out of Tallahassee?

Perry E. Thurston, Jr. is a Democrat who represents the 33rd District in the Florida Senate.