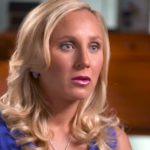 A recent rule change from the Vatican will now require the clergies of the Catholic Church — plagued by sex abuse scandals and internal cover-ups of pedophilic priests — to report all known instances of child sexual abuse to church superiors, who will decide what to do with this information.

While implementing a reporting protocol is a step in the right direction, this rule does not go far enough in keeping our children safe.

It should not be at the discretion of any institution — religious or otherwise — to make determinations as to whether allegations or admittance of child sexual abuse should be reported to law enforcement.

The rule should require that all suspected instances of abuse be reported to law enforcement and not kept in the confines of an institution that has already shown an inability to seek justice for victims of sexual predation.

The facts are undeniable.

Pedophiles — those who prey on children — are permanently and in most cases irreparably hard-wired with a compulsion to offend and re-offend. On average, a pedophile who goes unchecked will abuse more than one hundred children in their lifetime. We also know that for myriad reasons, victims do not report. Seventy-five percent of victims will not disclose abuse within the first year, and nearly half will keep it a secret for at least five years.

And many never tell.

Understanding these dynamics, and the track record of bad behavior when it comes to the critical responsibility of reporting child sexual abuse, we cannot expect for proper and unbiased oversight to come from within the Church alone.

We know external oversight works. Take, for example, the pipeline reporting that happens in any K-12 educational institution in Florida: when a teacher becomes aware of or suspects child sexual abuse, they are required to personally report the crime to the Florida Abuse Reporting Hotline, they must also report it to building-level administrators and the school counselor.

This type of best-practice reporting policy has been enacted to ensure crime does not go unreported and no child falls through the cracks of a system that didn’t put them first.

Unfortunately, there are many institutions with track records of prioritizing their organization’s reputation over the safety of children. The Catholic Church has hidden behind “clergy privilege” to get out of mandated reporting, as have other religious institutions.

Let me be clear — no organization or person should be able to withhold from law enforcement the knowledge that child sexual abuse has likely occurred, unless it falls under legal privilege or unless a licensed professional comes by the information in the course of treating a patient.

Not even religious organizations (let alone those who have already shown an endemic culture of cover-up in these matters) should be exempted here.

Child sexual abuse occurs across every socioeconomic level, ethnic and cultural lines, within families who have completed all levels of education and within all religions.

As we fight to end child sexual abuse, it’s important that we remove our biases and break through institutional barriers that shield pedophiles and abusers and, instead, protect children and their safety.

I challenge the Catholic Church to do the right thing and take their reporting protocol a necessary step further.

State Sen. Lauren Book is the founder and CEO of Lauren’s Kids.